From the inspirational talk given by prof. Fabio Viola at the Future Heritage Global Meeting promoted by the European Commission in Prague Oct 7-8th 2019.

“In the first fifty years of this century more content will be produced, more photos taken and more places visited than in the entire human age. We are witnesses of a social, economic, technological but above all human and scientific revolution.

A sudden acceleration never experienced before that is reflected in many of those experiences that today are part of our everyday lives: Facebook, Instagram, Twitter, Netflix, Youtube, Google, Ebay, Amazon (none existed until 20 years ago). Today they symbolize our way of thinking, acting and interacting with products and people.

The impacts of this post-industrial revolution, pervasive in our everyday life, are still poorly understood or completely ignored in the cultural sector that too often moves like an isolated monad in a hyper-connected world. Almost all of the decision makers, directors and curators in the cultural cluster are over 40, born and trained in a “pre-digital” era and this is contributing to a damaging twist towards the perpetration of established rituals and languages and codes. It is not meant to be a priori criticism, it is normal to be afraid of what is not settled in our genetic memory and even more of what replaces products, processes and experiences with which we have grown.

But this “physical vs digital” distinction that is typical of our way of thinking is much more nuanced, if not non-existent, in the first generation born after 2000. Gen Z, as marketers call it, was born in a world where they offer many more digital flowers than real ones. Experiences made atoms and bits coexist, interpenetrate and are never in antithesis. We are talking about millions of individuals who in the first months of life already have their own official internet domain purchased by their parents as a birth present and every moment of their existence is immortalized and shared for a few hours, before self-destruction, in the form of stories on some social networks.

Boys and girls who express themselves differently by mixing writing sentences with memes and emoticons, boys and girls with an average attention span of 8 seconds (less than a goldfish). They will be the ones to guide our nations, companies and cultural institutions within 10 years and we have the deep responsibility  to leave a world designed for them and not for ourselves.
The official data agree in portraying a gloomy painting of these new generations, little involved in the cultural fruition. We constantly read alarming articles: they don’t read, they don’t go to the library, they don’t visit museums !!! A closer observer of the dynamics of the contemporary world will point out we are talking about millions of individuals who produce and consume culture at a rate never experienced before. So what then is the truth? 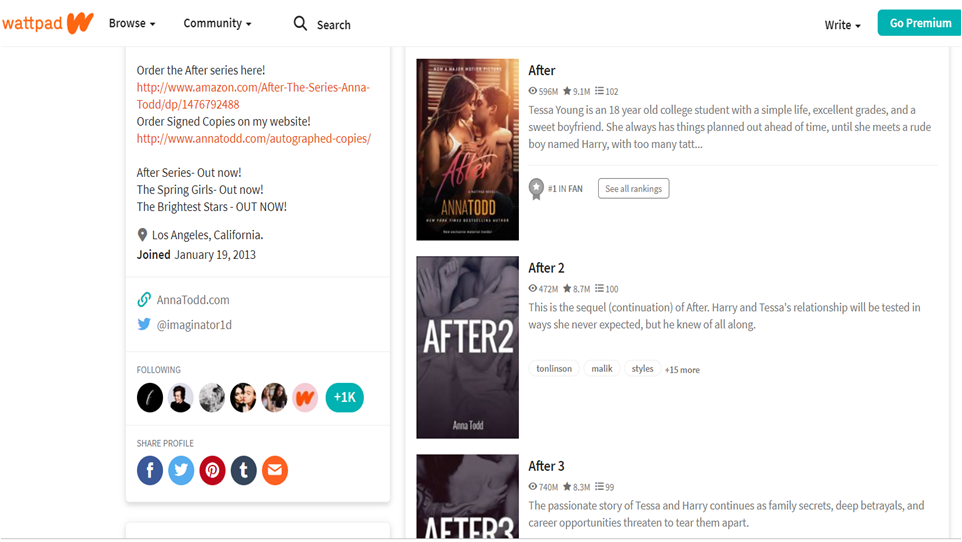 2.How many of you know that there are theater companies like the English Punchdrunk who are sold out daily with shows like Sleep no More where traditional theater coexists with escape room and game design to give life to immersive theater. For years they have been sold out every day in London as in New York,  up t0 200 dollars ticket bought by under 35 with an average 3 times return rate.
3.How many of you know that 100 million photos are viewed on Instagram every day, seen by 500 million active people every month? Isn’t there also an authorial production made of the perfect shot, a text written as a description and the choice of hashtags?
4.How many of you know that in a video game like Father and Son, the first produced by a national archaeological museum (Mann of Naples), has been downloaded 4 million times all over the world and collectively players have spent about 1000 years of life playing? From India to China they came into contact with the stories and aesthetics of Naples and the museum, crying before the destruction of Pompeii and laughing in front of the Farnese Hercules. 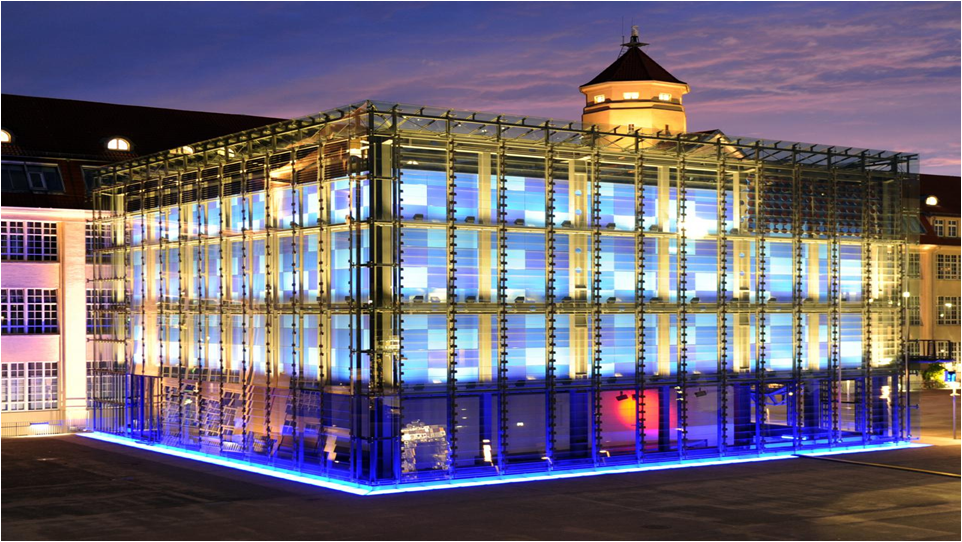 5.How many of you know that there is a museum where the average age of 250,000 annual visitors is under 35? This happens at the ZKM in Karlsruhe where art and technology come together to help design what I like to call augmented stratigraphy in which the cultural legacy of man and nature and new languages ​​coexist that can reinterpret and actualize it.

Think about of Carrieres de Lumieres in France. Every year almost a million divisors go to a small mountain village of 3000 inhabitants to attend immersive exhibitions set up in an abandoned marble quarry given in concession by the community to the cultural enterprise CultureSpaces. Even closer to the flow of our discourse art by the Japanese collective Teamlab that has shown the world how the art of the 21st century is more and more a process than a product. Their interactive aesthetics, which can be visited at the Mori Building Digital in Tokyo, coexist with the bodily centrality of the visitors who are active agents in the artistic practice and in relation to the quantity and quality of their interventions alter the imaginary making it a process constantly in progress. By the way the place became instantaneily

The above best practices have helped to bring people together in a way never experienced before. The distance between those who produce and those who consume culture is shortened. At the same time we produce videos and consume videos produced by others on Youtube. We create and watch photos on Instagram, we buy video games in which we are an active part in shaping the stories and altering the endings. The same person writes and reads on Wattpad as well as on Wikipedia.
I believe that this transition from the culture produced by “a few for many” to one of “many for many” is the mirror of the transition from storytelling to storydoing. From a passive way of consuming a message, a film at the cinema starts at twenty-one regardless of the audience to an active fruition in which ideas, actions and individual choices influence the message itself. This at bottom, sorry if I always return to my first love, it is the magic of video games where contrary to every other artistic and cultural expression, one always speaks in first person “I saved the princess”.
For 15 years now Kilowatt Festival in the small village Tuscan of San Sepolcro have transformed the public into active individuals in the selection of companies that will perform. The Visionaries, citizens residing in San Sepolcro without technical knowledge of the performing arts, actively contribute to the co-selection of the artists generating an extraordinary participatory process.
To create these active connections between people and between people and cultural experiences is also fundamental overcome the dichotomy between those that Snow defined as the Two Cultures that still pervade our universities, institutions and many cultural operators. Taking up a phrase that circulates in academic ambient “scientists, by their nature, have the future of blood; the humanists have their eyes turned to the past “. This dichotomy has no meaning to exist in the 21st century, both cultures need the other to give themselves a meaning. From the Renaissance we inherited the segmentation of the media and the consequent compartmentalization of cultural places. Do they still have meaning libraries, theaters, museums, gipseries, art galleries, art galleries in the contemporary horizontal and post-visual society? Or the example of the ZKM, and many others, show us that another way is possible? A road trampled by experiences, free from supports. A theme told through a plurality of media; video games, books, comics, song, movies, statues, paintings, archaeological finds that coexist and constantly dialogue. A place that stops telling itself through sentences that end with points and exclamation marks and begins to create a narrative full of question marks. A place where one is intellectually challenged, a place full of questions and never answers.

Public and cultural institutions should start to look at Instagram, Candy Crash and Wattpad as models (and rivals) in the ability to reach, engage and make loyal the visitors with sustainable projects. More than a technological emulation, the key point is in understand the way in which these experiences are designed to be relevant to the single person more than to an undefined audience.

Why can’t our museums, theaters and libraries become active places of cultural production and not just of consumption? Attractive hubs able to attract creatives and makers from all over the world? Why can’t they be places where we imagine, draw and realize the future starting from the knowledge of our past? Without this change of vision, evolving end up by adopting miraculous solutions already seen years before in other sectors. 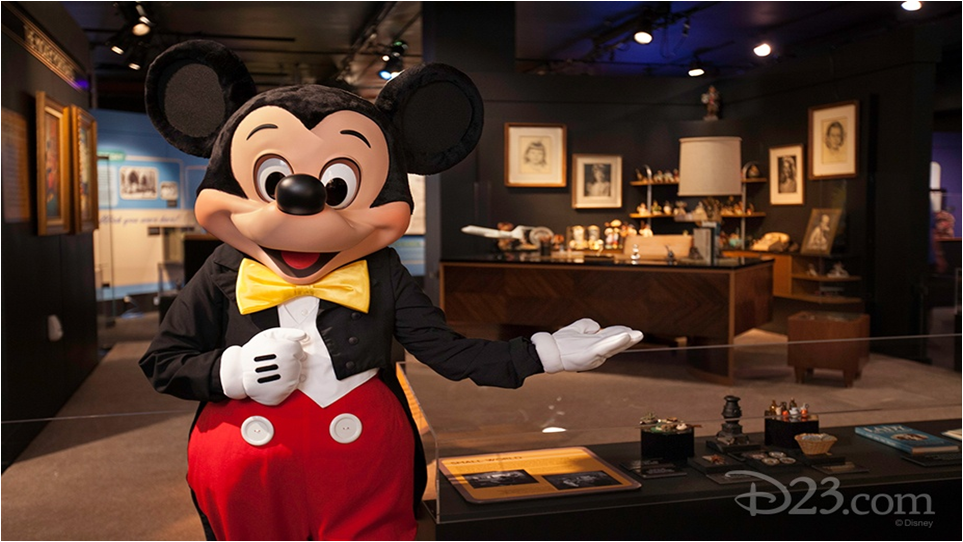 The mere idea of ​​the audience centrality and the shift from the conservation to the production is seen as a threat to the credibility of the institution. Several papers talks about the “Disneyfication” effect, but it often hides the fear of directors and curators to lose power.

I wish there were plenty of Sir Henry Lyons (former director) out of there. He opened the Children’s Gallery at the Science Museum of London in the 1931 and he got two different reactions. Great review from the visitors (for the first time a worldwide museum opened its space to non specialists and even worst children) and the generalist press and critics from the established cultural professionals and even from the museum official newspaper.

The Interactive culture in the XXI century from Fabio Viola